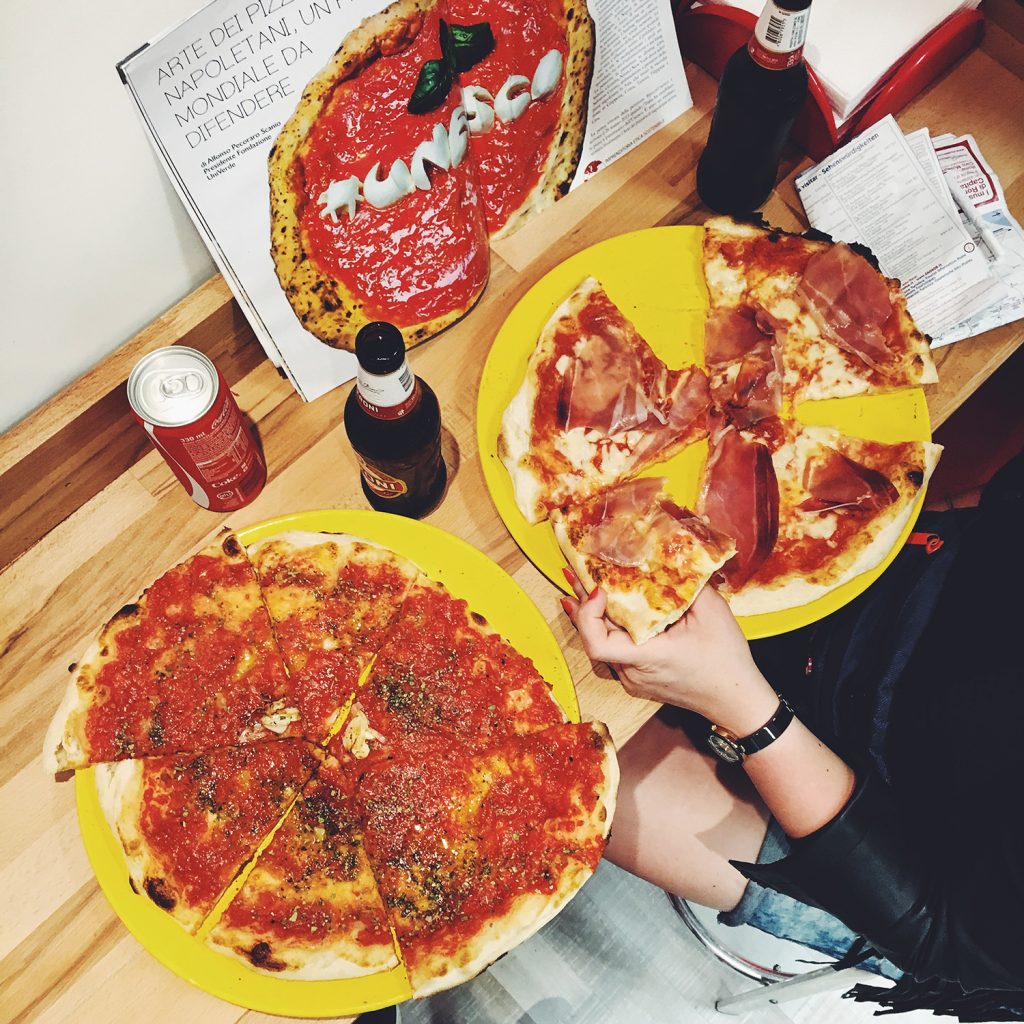 That moment when you decide to be spontaneous and to book the flight tickets to Rome. A few clicks and the adventure in a truly Italian style begins! We went to the homeland of Vivaldi with great expectations. Were all of them met? TUTTO! If you want to be well prepared for the expedition to the capital of Italy, you’d better read it!

PIZZA. The must know fact is that there isn’t such a thing as a universal pizza. In fact, every pizza in Rome is different from the previous one (the three photos of pizza from various places should be the proof). One was crispy, another saucy and the last was covered with that pizzalicious stretchy cheese which we hadn’t got before. The best pizza was served in a place which esthetics wasn’t much different from that of typical kebab bars. Never judge a book by its cover. Just taste! Most of all, don’t look for a pizza sauce in Italian restaurants, which are in the reign of the olive oil. GELATO. Several dozens of favours (up to 150 in some ice-cream shops!), attractive prices and ice cream cones, which you won’t find in Poland, will make you spoilt for choice. The price of a scoop was more or less 2.5 euro. The ice creams were delicious, however, our Polish ice cream shops have nothing to be ashamed of! Once again it could be said that the queue to “Kolorowa” in Poznań is justified. 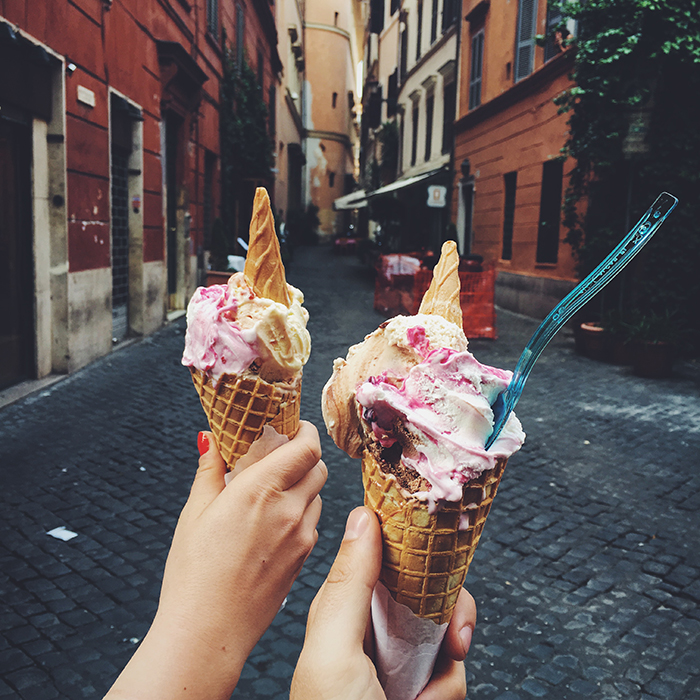 PASTA. Eating pasta in Italy is a must! Here is a hint: choose the restaurants which are situated far from the places laden with tourists. You will avoid disappointment which we unfortunately experienced. The pasta served nearby The Roman Forum wasn’t delightful. Quite the opposite… it was really avarage compared with its price which was far above the avarage. By the way, a majority of menus in Italian restaurants look like the one from the photo, so don’t be surprised! COFFEE. Good news for all caffeine buffs – Italians are known for the best coffee in the world! A coffee and croissant or a bombolone (a substitute for Polish doughnuts) with Nutella or custard is sold for just 2 euro. Remember that if you order a “caffè”, you’ll get a small espresso instead of a big americano. If you don’t want to make a barista angry, don’t order a cappuccino in the afternoon, when milk frothers have already been perfectly polished, calmly waiting for the restaurant to close. The real Italians drink cappuccino only in the morning. 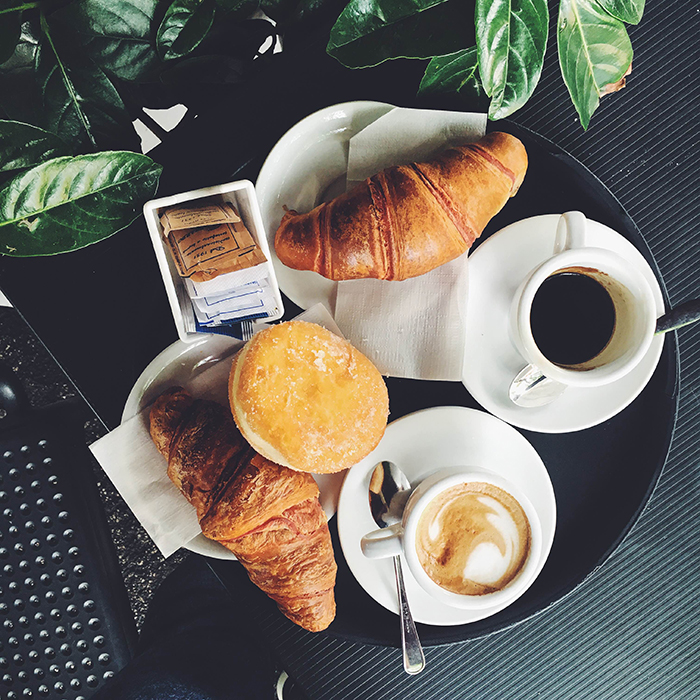 LANGUAGE. If French is the language of love, Italian undoubtedly deserves for the term of the language of food. Pizza, gnocchi, nutrimento, pepperone, broccolo, lasagne, prosciutto… Who else than Italians can speak about food in such a fascinating way? Probably nobody! Take a look at the video here, on which the native Italian sends greetings in her mother tongue for all the fans of MYTUJEMY. It’s melodic and definitely mouth-watering!

FORUM ROMANUM, KOLOSEUM, FONTANNA DI TREVI. Subjectively speaking, the visit in those places is a must in Rome. The Roman Forum, once the centre of Ancient Rome, is surrounded by seven hills: Capitoline, Palatine, Caelian, Esquiline, Aventine, Quirinal. It used to be the meeting point of the greatest emperors and philosophers. The Colosseum, a Roman amphitheatre, was built in around 80 A.D. by an emperor of the Flavian dynasty. The Trevi Fountain is the most popular baroque fountain in Rome. The tickets to the first two monuments can be bought online, which saves much time; especially that the queues are very long and waiting there can last even an hour. 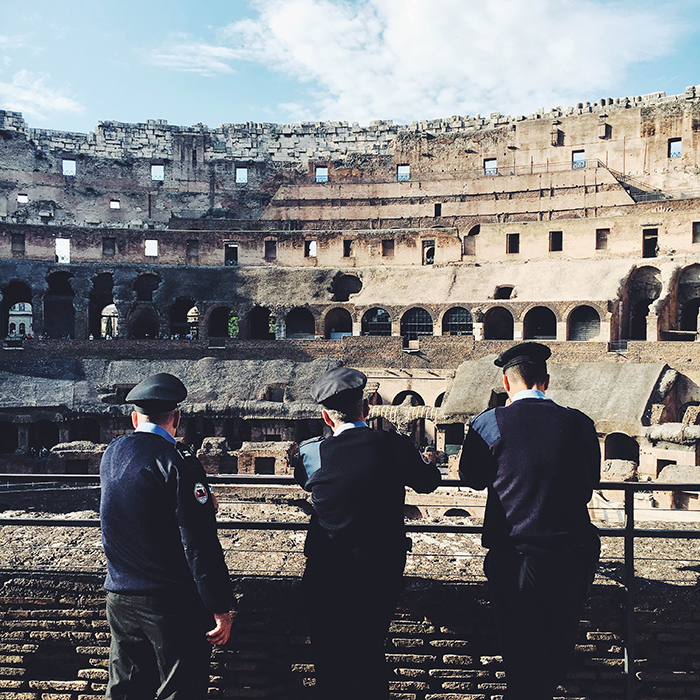 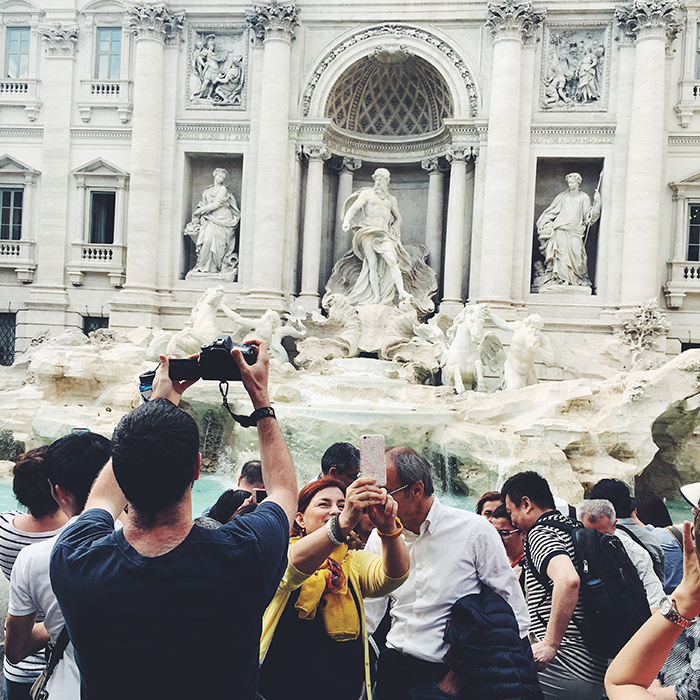 SIDE STREETS AT TRAVESTERE / PIGNETO. Wander off the beaten track, explore the new places, talk with the locals, call at offbeat shops, grin from ear to ear. Note down Travestere and Pigneto in your pocketbook so that you won’t miss the two marvellous districts in Rome. 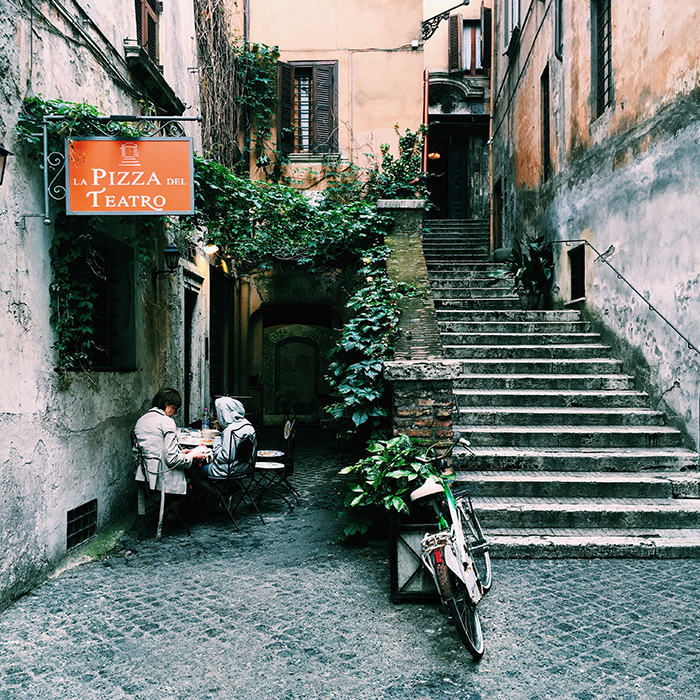 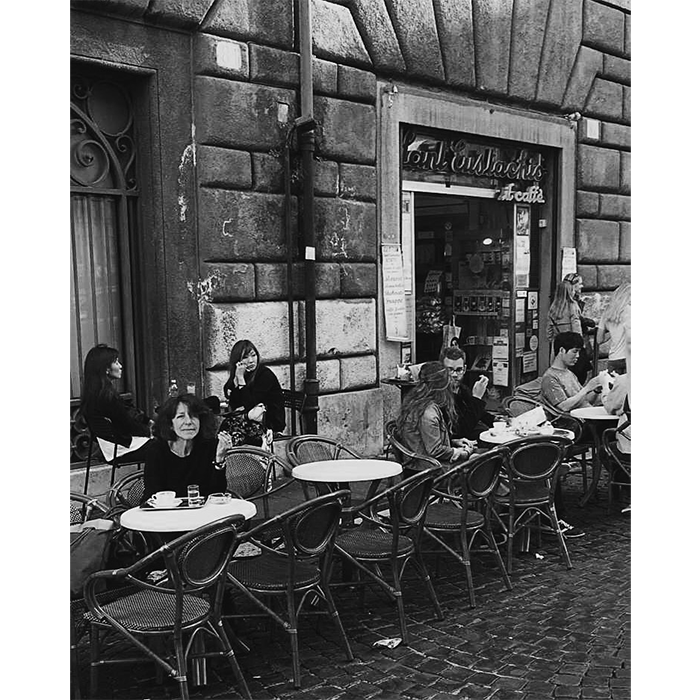 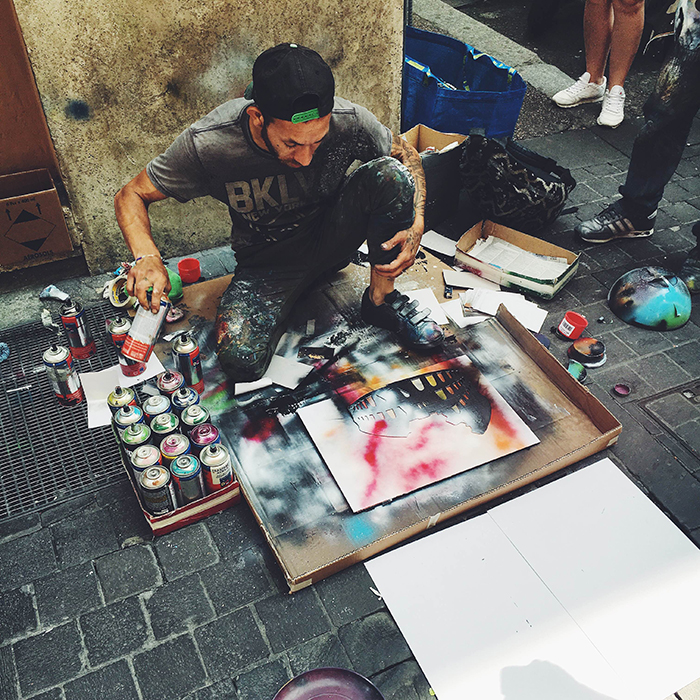 MUSEUMS. One of the goals of our journey was to visit at least two museums. It worked out! What we would like to recommend is Museo D’arte Contemporanea Roma on the way to Vatican City. We had a chance of seeing the exhibition presenting the definition of time and the motif of the intensive changes of the contemporary reality. Among all the pieces of art we came across a Polish artist, Roman Opałka, who is a well-known painter and graphic designer. Here is a hint: if you want to enter the museum for free (and you have a student card), pretend to be the students of humanities. I said that I was a student of design in all seriousness. 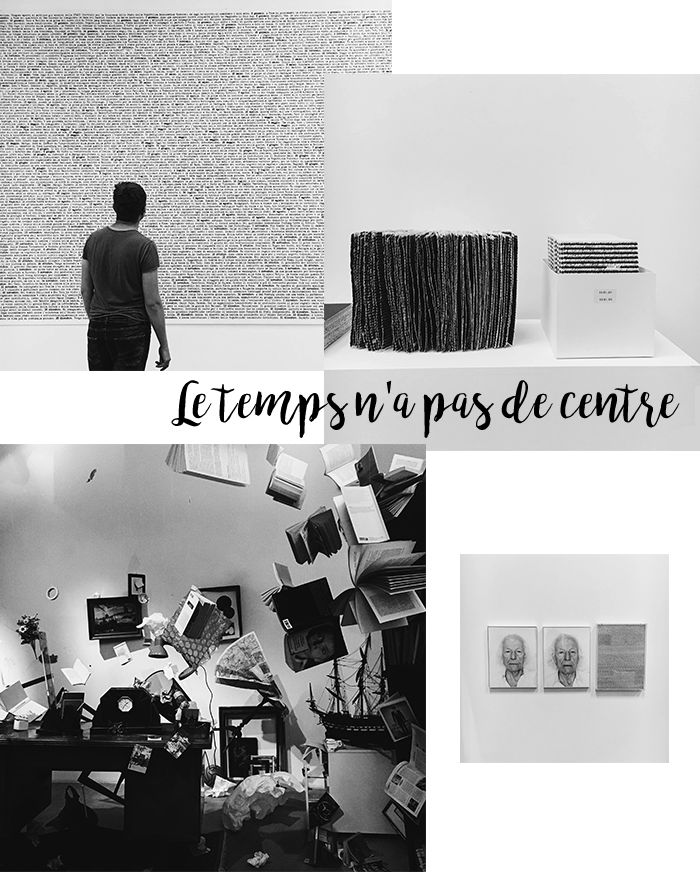 PANORAMIC VIEW FROM JANICULUM HILL. The observation deck from which you can see the magnificent panoramic view of the city and admit to yourself that you are in the right place in the world. We recommend visiting it in the late afternoon in order to see both the sunset and the city at night. 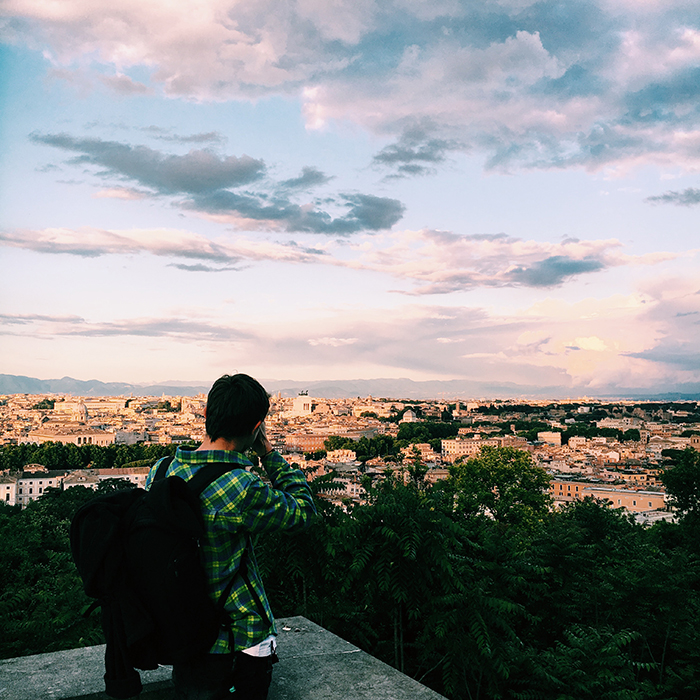 On the last day of our holiday we found out that it is possible to get from Rome to the harbour city, Ostia in less than an hour. It’s a good solution for those people who like to take a breath on the beach after intensive sightseeing. The day after our arrival in Poland we were informed that Italy is not only the land of gluten but also artichokes (unbelievable!) served in various forms. Now we have a reason for visiting that vivacious city once again.

Below you can find a short list of some recommended restaurants in Rome (the list based on the comments in the group MYTUJEMY POZNAŃ and on friend recommendations).

You can find more delicious photos, not only from Rome, on our Instagram @MYTUJEMY. Follow us to stay up-to-date. Feel free to share the article with your friends. Grazie!

iThere are no comments

Begin typing your search above and press return to search. Press Esc to cancel.